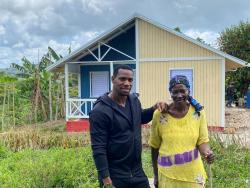 Olympian Yohan Blake has sprinted to the aid of down-on-luck Irene Morgan, a shut-in in Smithville, Clarendon, who had recently pleaded for assistance to repair her dilapidated home.

Morgan, who suffers with peripheral arterial disease and who resides in the district of Corn Hill, got a Mother’s Day gift of a new house from the celebrated 100m and 200m runner.

Blake, who partnered with Food For The Poor Jamaica, was collaborating with the charity for a third time on a home-building exercise.

The athlete was touched by Morgan’s story, published in The Gleaner on February 19, detailing how she had litte to look forward to except to “live and fret”.

In the last 15 years, Morgan has not left her yard to go to the nearest town, in May Pen, because she has a vein that bleeds badly at the slightest touch, a condition doctors attributed to circulatory problems.

The flooring of her old home threatened to give way. Its wattle-and-daub walls were seemingly on the brink of collapse, with precarious roofing. She still has a pit latrine. And the home’s windows were battened down with zinc to protect against elements.

“Around 10 year now we have di toilet, and so di storm and di rain and everything, it just full; and so we fix it, it mash down back, because it full a water and mi nuh have nuh money ‘cause mi foot sick,” she had said then.

Morgan’s partner of more than 30 years has been unable to provide for her as he once did, as he has been battling prostate cancer for the last three years. He bleeds at the slightest exertion.

In a Gleaner interview, Blake said that he was heartbroken when he heard the story and is grateful that he could assist with donating the US$4,900 ($759,500) needed to match FFP’s contribution for construction.

“I’m here to serve, and I don’t see myself stopping. It’s really touching for me. I know what this feels like because I’m coming from the same place myself,” he said.

“As long as I have breath and life, I’m going to look to do it at least a year. I know it’s a heavy feat, but with God, all things are possible,” he added.

Morgan was excited about the house and anxious to show Blake inside when he arrived. Exultant, she said she felt as if she had been lifted from Earth.

“Mi dead, but the breath never come outa mi body. Mi give every love to everybody who responsible [for getting me the house],” she said.

Morgan believes the house will also offer fresh inspiration to her children and grandchildren who live nearby and are also in need. 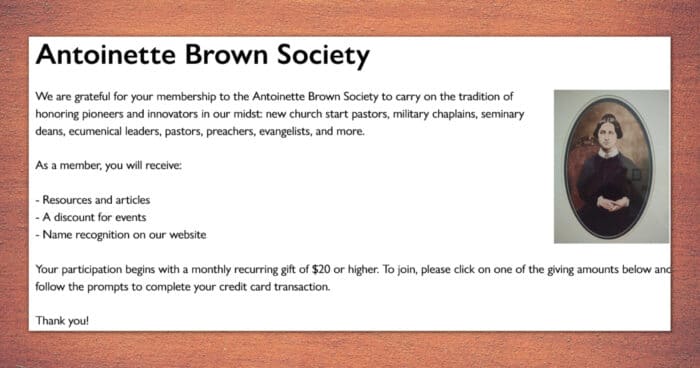 Laverne Cox Gets Her Own Barbie Doll 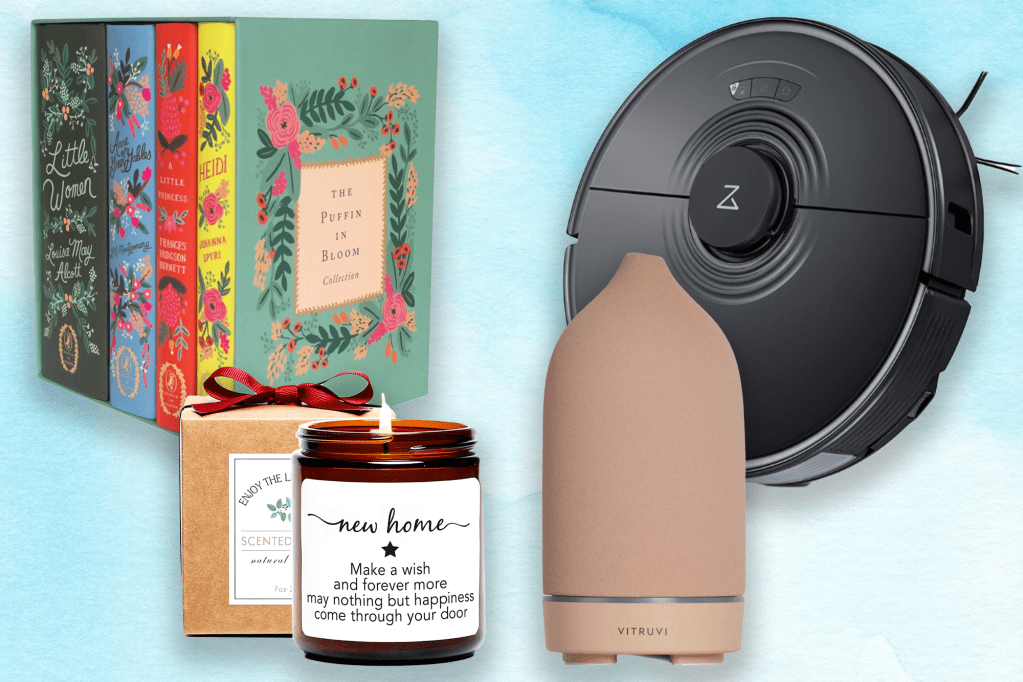 20 best housewarming gift ideas that are unique and practical