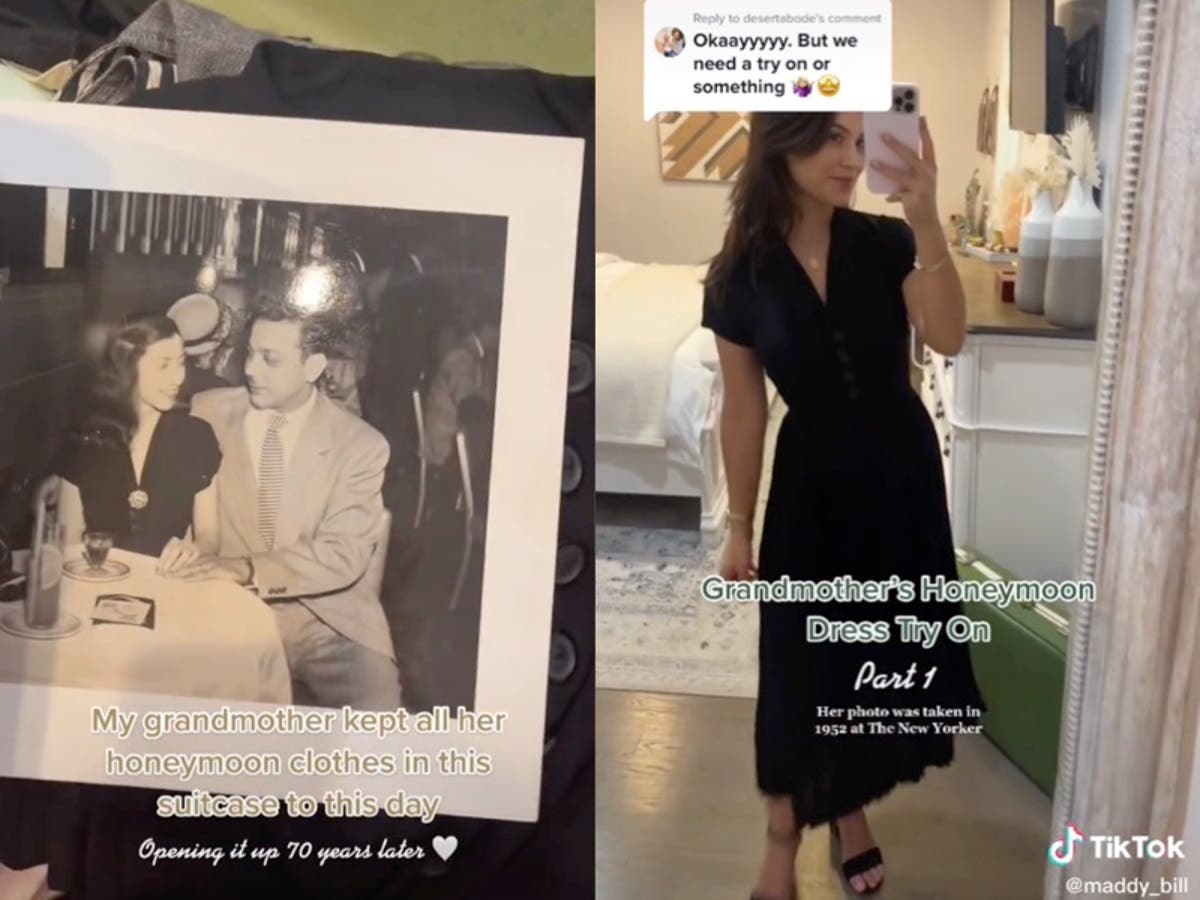 A woman has tried on the outfits that her grandmother wore on her honeymoon in 1952, after opening up the suitcase that contained the clothes for the first time in nearly 70 years.

Maddy Bill, who goes by the username @maddy_bill on TikTok, shared the green suitcase with her followers in a video posted in March, in which the TikToker explained that her grandmother had kept her honeymoon wardrobe in the suitcase “to this day”.

“My grandmother kept all her honeymoon clothes in this suitcase to this day. Opening it up 70 years later,” she wrote in a text caption on the video, as she held the leather travelling case in her lap.

In a series of follow-up videos, Bill then proceeded to try on her grandmother’s honeymoon clothes, with the first video in the series showing the TikToker trying on a black dress that her grandma wore out to dinner and in a photo that was taken in 1952.

“Her photo was taken in 1952 at The New Yorker,” Bill captioned a black-and-white photo of her grandmother sitting at dinner in the black dress, which featured buttons down the front.

After showing a close-up shot of the actual dress, which featured a collared neck, Bill tried the outfit on. The try-on of the decades-old dress was met with praise from viewers, with one person writing: “Omg I want to cry that dress is so beautiful and you look perfect in it!”

“They don’t make dresses like they used to. This is stunning,” another person wrote, while someone else added: “You honestly may need to wear that every single day.”

In response to one comment applauding the “special experience,” Bill added that she feels “lucky to have this little time capsule” from her grandmother’s past.

The TikToker also revealed that it was a “surreal” experience putting the dress on, as she noted that it felt like “hopping back in time”.

Others urged Bill to continue the series and try on more of her grandmother’s clothing, a request that she obliged with part two of the TikTok series. In the second video, Bill shared a close-up of the blue-and-white striped dress her grandmother wore to the train station to New York City, which featured a gray skirt and a matching gray jacket.

Bill then tried on the dress herself, before adding the matching cropped jacket. In response to the second outfit, many of the TikToker’s followers acknowledged that the clothes fit perfectly, with one viewer claiming it looked like the dress was “made for you”.

“The fit is impeccable! Gorgeous,” another person wrote.

Others praised the timelessness of the pieces. “I’m fascinated at how these two outfits so far don’t even look outdated,” another viewer commented, while someone else said: “Oh my gosh, why aren’t clothes this beautiful anymore.”

In part three of the series, Bill showed off a peachy-pink dress worn by her grandmother, which featured a sheer neckline and flower details, while part four saw Bill try on her grandma’s silk blouse.

The TikToker also showed off a red knit sweater with striped sleeves that her grandmother received as a gift from her husband after they got married, with Bill noting that she “needed to share it on this haul,” as well as a red and white floral polka dot headscarf, and her grandmother’s gold watch.

“Her accessories were always my favourite,” she captioned the video.

According to Bill’s 91-year-old grandmother, Marie D’Allesandro Donato, who spoke to Insider, she was 22 when she married her husband, Anthony James Donato, then 27, in 1952.

The couple travelled from Philadelphia to New York City for their honeymoon, with Bill’s grandmother revealing that she’d had her outfits cleaned and then packed up in the suitcase after she returned so that it could be passed down to her family members.

“The excitement of the future ahead was what my honeymoon meant to me,” she explained. “I guess, in a way, I wanted to save that feeling in the suitcase for my daughters and their daughters.”

Bill’s own mother inherited the suitcase, but never opened it, with the case then passed down to the TikToker 70 years later.

As for her favourite piece from the suitcase, Bill told the outlet it was the black dress, which she’d grown up seeing pictures of her grandmother wearing.

“I always remember seeing the photograph of my grandmother in the dress growing up, but I never saw the physical dress,” she said. “I can’t even describe the feeling of putting it on for the first time and having it fit perfectly.”

54 Times Women Said No To Dresses At Formal Events 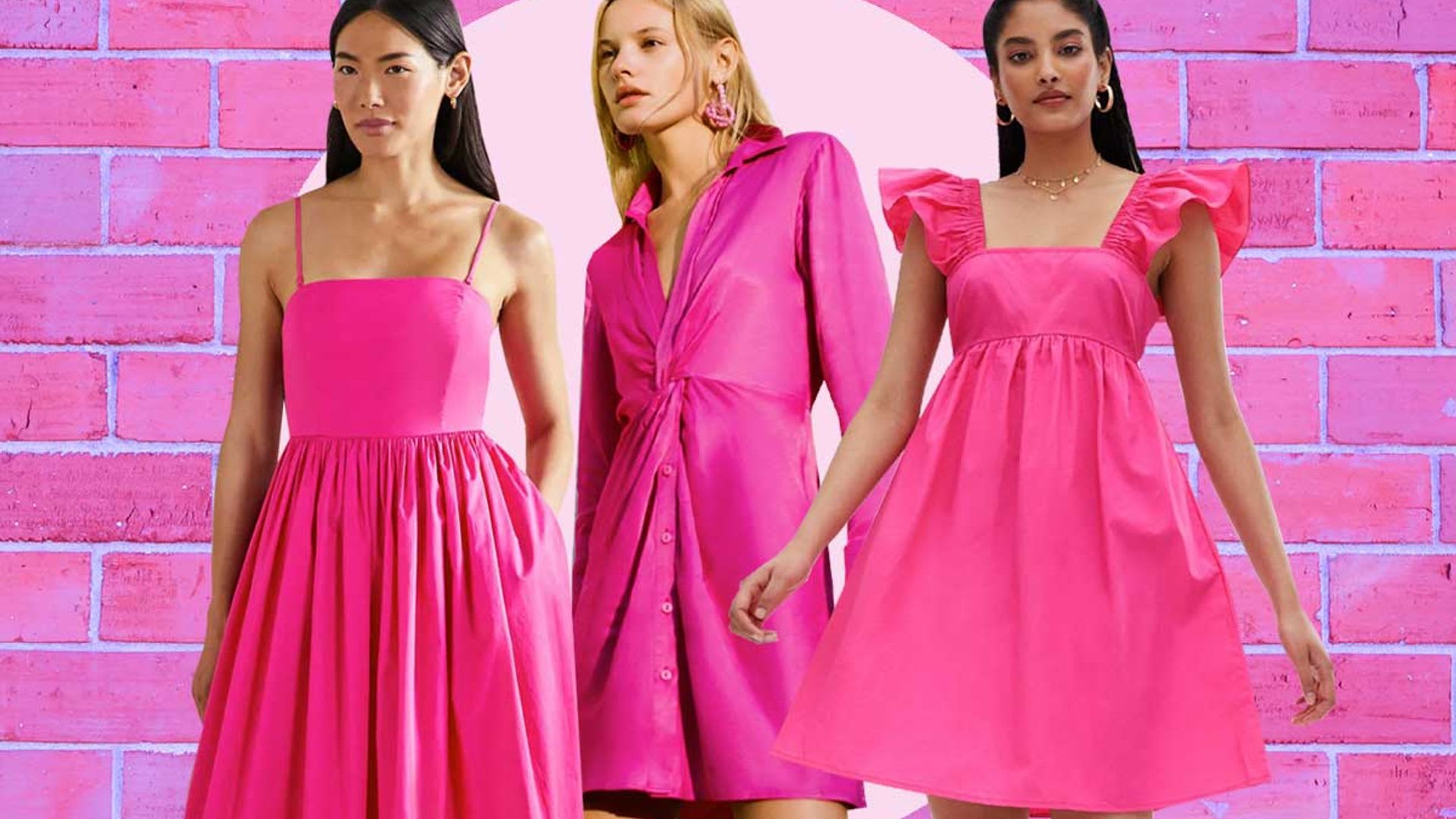 Best pink dresses for women for summer 2022: From Zara to ASOS, M&S & MORE 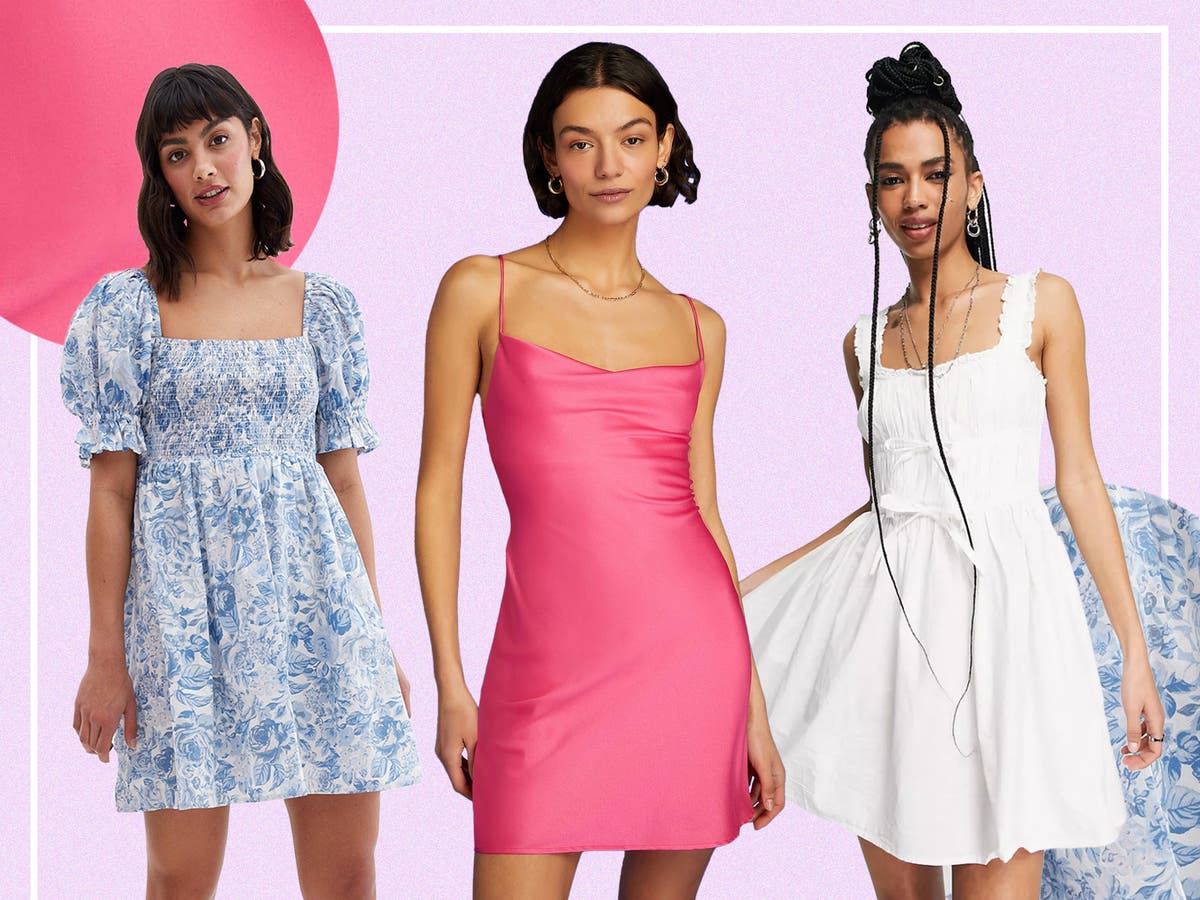