In March, Jé Judson was about to complete her PhD in public health and sent her friends a link to a registry to celebrate. Compiled on Zola, a popular wedding registry website, it was full of random, practical stuff: gardening supplies, new luggage, a “fund” option for friends to help her attend academic conferences.

“It was a no-pressure thing,” said Judson, 33, who lives in New Orleans. “I only used a wedding registry site because I couldn’t find a non-wedding-associated wish-list site that I liked. I think they make things prettier for weddings than they do for anything else.”

Judson’s friend Hope Rehak was moved by the registry’s feminist underpinnings and wrote about it on Twitter. Judson’s note included “a line about how we shouldn’t just celebrate women for babies and weddings and whewwwww,” Rehak wrote.

The tweet quickly went viral. Most people applauded her decision, but “a lot of other folks were like, ‘You don’t deserve this,’ or raised questions about who deserves what and how you should celebrate — what’s tacky, what’s narcissistic and so on,” Judson said. “But we don’t celebrate each other enough, and a registry is a convenient way to do that.” She added: “Let’s normalize that outside of just marriage and children.”

Judson’s PhD registration blew up during a time of flux for marriage as an institution. Marriage rates overall have decreased, weddings have become more secular, and many millennials are marrying later, when they already have a stocked kitchen and decent towels.

But the concept of the registry has remained relatively static and mostly reserved for people embarking on marriage or parenthood. The wish-list systems still serve an important purpose — avoiding unwanted or duplicate gifts, and for new parents, helping them stock up on necessary baby gear — but are prime for a rethinking.

“We just didn’t want all that stuff,” said Bridget Rogers, 33, an event planner in Denver who forwent a registry when she got married last fall. “Our generation lives smaller and lighter than our parents’,” she said. “Am I ever going to use a fondue set? No, and I don’t have space for it in my kitchen.”

Chelsea Luther, a life coach and gratitude specialist in New York, imagines a world in which we celebrate more difficult or nuanced victories such as getting sober, earning a degree, leaving an abusive relationship or finishing a marathon. “Registries pigeonhole what we celebrate based on these retro ideals,” she says. “They need an update.”

Gifts are an ancient part of wedding tradition — dowries, or money given from a bride’s family to the groom’s, were commonplace in the Roman Empire as well as parts of India and Asia — but the nature of the exchange has evolved. The dowry was replaced with a marriage chest, also known as a trousseau or hope chest.

In the early 20th century, local boutiques, eager to get in on the increasingly lucrative wedding business, designed a way to help newlyweds avoid piles of duplicate gifts. Registries, or curated wish lists that guests could purchase from, solved this problem.

The Chicago-based department store Marshall Field’s is widely credited with establishing the first bridal registry service in 1924, ushering the idea into the mainstream, but the initial concept was more broad. In “Brides, Inc.: American Weddings and the Business of Tradition,” author Vicki Howard notes that the store’s Party, Wedding & Gift Bureau covered items such as table decorations and party gifts and inspired a boom of “gift suggestion departments” at stores across the country. As executives fine-tuned the service’s offerings, what we now know as the bridal salon began to emerge.

There was plenty of resistance. Because registries stripped the gift-giving process of sentiment, they were often seen as crass and impersonal. They also carried an unfamiliar social pressure: Not only were brides dictating what they wanted, Howard says, but they also knew exactly how much each guest had spent. Still, by 1960, it was clear that the gifting tool had caught on. Brides magazine polls from that year found that women were increasingly specific in their requests, noting the fabric, finish and model of items on their lists.

Registries have undergone a few adjustments in the past half-century. Smart speakers and air fryers replaced crystal stemware and formal china; clutter-averse newlyweds have started asking for cash gifts, such as contributions toward a honeymoon or a down payment on a house. A cottage industry of crowdfunding-oriented registry companies such as Zola and Honeyfund have sprung up to meet demand. More brazen pairs simply ask for cash and include their Venmo handles on the invitation.

Still, these changes feel superficial compared with the seismic cultural evolutions at play. Census data showed that, among 18-to-34-year-olds, 29 percent were married in 2018, whereas 59 percent were married in 1978. Parenthood is changing, too, as people delay having children to focus on their educations and careers — or forgo having children entirely. About 44 percent of U.S. adults ages 18 to 49 who are not already parents say they probably won’t have children, citing reasons such as financial stress and climate change. So it’s a wonder that registries continue to be centered around these traditional milestones rather than the myriad other accomplishments that shape people’s lives. For many women, it sends a clear message about what is deserving of celebration.

“The ambient message is that these are still the defining life events for women,” says Katie Schmelzer, a freelance education consultant in Chicago. “Even with all the cultural progress, we’re still seen as the primary caregivers. Getting married and having babies are still positioned as the end goal.”

Schmelzer, who is 35 and single, recently moved back to the Midwest after spending a decade in New York City and said she experienced a flicker of culture shock. “Mothers, grandmothers and family friends insist upon registries, because they still view marriage as the biggest event of your life, and they want to shower you with housewares to prepare you for it,” she said. “I don’t think they get why that can feel a little depressing for women in my generation.”

The waning interest in registries is also a reflection of younger Americans’ shifting attitudes toward consumer culture and a desire for a more pared-down lifestyle. “My husband and I are neurotic, picky minimalists,” said Rebecca Richter, a 33-year-old doula in Los Angeles who opted not to use a registry for her wedding last year. “Tchotchkes, boxes piling up: That’s our nightmare.”

Both Richter and Rogers encountered friction with older, more traditional guests who either resisted or ignored their no-gifts policy.

“It’s different values,” Rogers said. “My parents’ friends still are like, ‘Oh, you got married? That is the pinnacle of success.’ Whereas women in my generation tend to spread their priorities out a bit.” There is a certain pragmatism surrounding millennial marriages, too. “On some level, I think people my age are like, ‘We really need to both pay the mortgage or the rent,’ ” Rogers said. “It doesn’t need to be this blown-out material celebration.”

But what about those who aren’t considering marriage or children, or who are simply working toward other milestones first?

“I got my second master’s degree in 2020, and there really wasn’t a way to commemorate it,” Schmelzer said. “I’ve definitely been frustrated. Of course I want to celebrate my friends who are getting married and having babies, but that isn’t the only path.”

Women in this boat often reference the “Sex and the City” episode where Carrie Bradshaw announces she’s marrying herself and registers at Manolo Blahnik. “I relate to that hard,” said Jamie Campisano, 37, a human relations executive in New York. “Everyone pretends Carrie’s choices are insignificant and frivolous compared to having children, but there’s a lot of judgment and subjectivity there. Aren’t we past that?”

A few new registry websites are emerging to fill the void, including two aimed at helping people rebuild after divorce. And Shine Registry emerged in 2016 as a service for women who are starting their own businesses or going through a career change; users have registered for art supplies, business cards, network connections and help writing grants and proposals. Shine also offers “business showers.”

At Tracy Gray’s shower for the Sankofa Global Project, a nonprofit dedicated to getting more women and people of color into tech and science careers, she received coaching sessions for her TEDx Talk and finance consulting to prepare for her fundraising campaign. It also helped her establish new connections. “Sometimes you can get stuck in a silo. Showers are about rallying support,” she said. Much like with bridal or baby showers, they capitalize on the idea that people want to help. “Everyone said the same thing: ‘What can I do to support you?’ Registries help you vocalize that.”

It’s easy to see a world in which all this gift-giving goes too far. (Imagine getting a registry to celebrate someone’s new pet.) But Judson says there are plenty of life events that deserve community support, such as buying a first home or experiencing the death of a loved one. “I don’t want to pit anything against each other,” she said, “but having been married before and now being a single person without children, let me just say: It’s important to rally for nontraditional things, too.”

Megan Buerger is a freelance writer in New York. 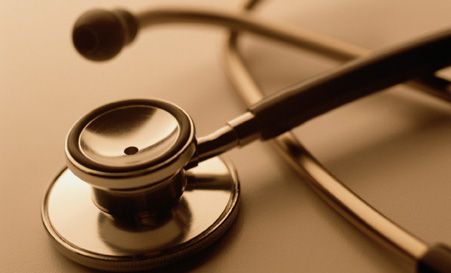 The Gift of a Question in Cancer Care 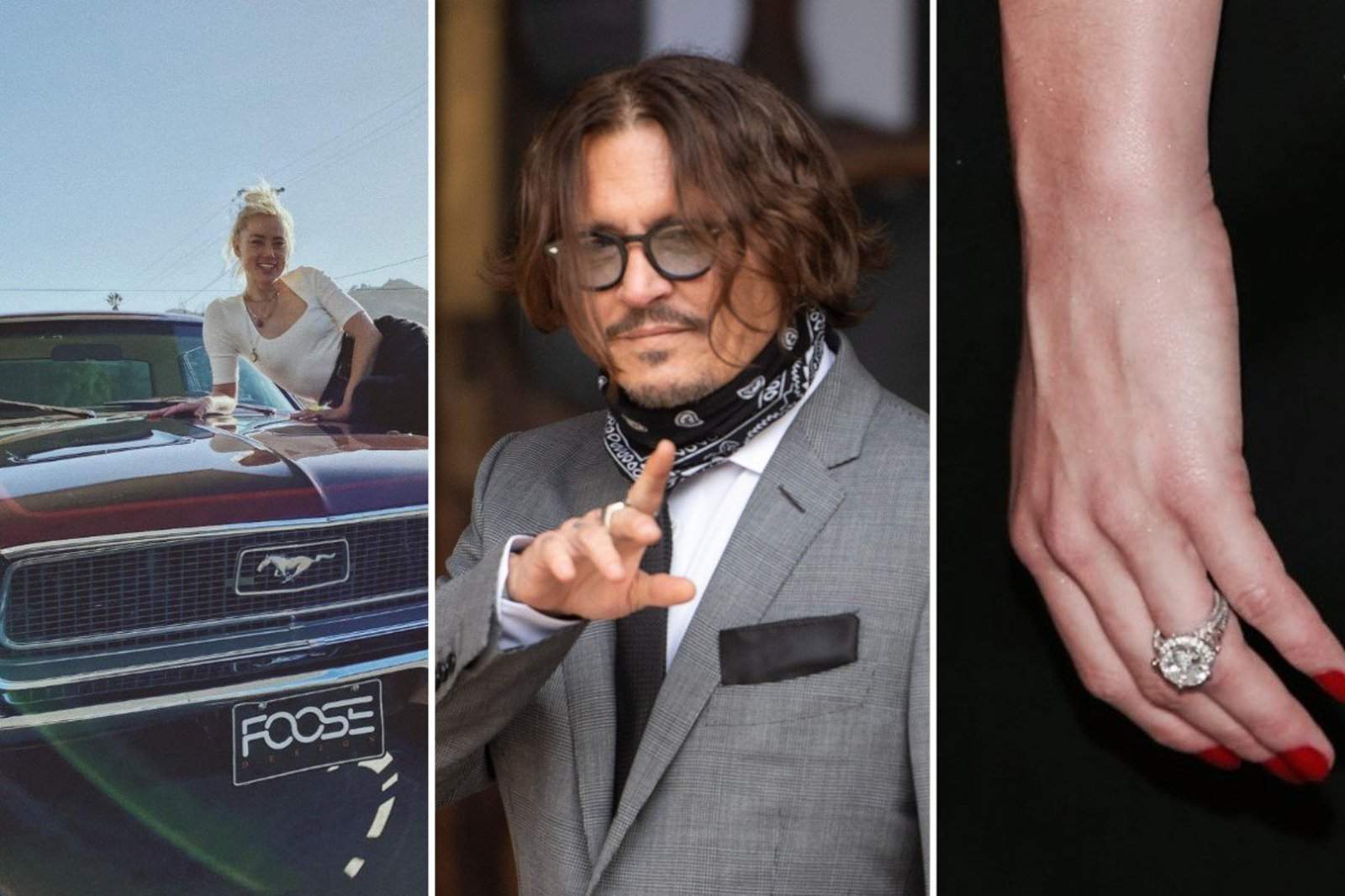 He even renamed his $33 million luxury yacht on her as a wedding gift – These are Johnny Depp’s most extravagant gifts for Amber Heard – From a rare $150,000 Ernst Hemingway book to a customised Ford Mustang, the superstar splurged on the love of this life.