Miracle Sepúlveda exclusively wears the color pink, from her hair to her knee pads to the light-up wheels she dyed herself. Her look evolved as her skills did.

In a video from June 2020 captioned “I’m not the best skater, but man! I’m proud of that progress!” Sepúlveda wears a peach-colored floral dress and pink wrist guards to practice spins in a parking lot; by summer 2021 she’s got pink-dyed hair, is decked out in her signature all-pink leggings-and-sports-bra combo, and she’s perfecting a 10-second toe spin.

It’s not just her roller-skating getup that’s gone monochromatic: She fits in her job at Capitol Hill’s Pretty Parlor with cartoon-character precision (she first found the vintage store after googling “cute pink boutique”). “Roller skating has definitely influenced me to just be myself,” Sepúlveda says. “I was already on that road, but it solidified it.”

Sepúlveda’s evolution from a makeup artist dressed in all black to a Sailor Moon–inspired “magical girl” with tens of thousands of TikTok fans started right around the time she and dozens of other core members of Seattle’s skate community first rolled onto the pavement.

The pandemic prompted something of a roller-skating renaissance worldwide, with thousands of first-time skaters drawn outside by Covid restrictions and carefully curated feeds of beautiful women spinning beachside in bikinis and candy-colored boots. Skate manufacturers had trouble keeping up. When summer rolled around, Get Your Bearings Skate Shop, now located in the northwest corner of Lake City, had customers snapping up popular Moxi skates within minutes whenever they dropped online. At least one BuzzFeed article—crediting the “viral TikTok sensation” of a Los Angeles dancer “looking devastatingly cool while skating to some J.Lo”—proclaimed “Roller Skating Is Back in a Big Way.”

But roller skating never went anywhere—especially in Black communities that popularized styles like dance-centric jam skating despite discriminatory practices at rinks around the country. “If you go back to the beginning, you know, we had to protest just to get in the rink, just to be able to skate, just to have one night a month,” says Tiffany Mason, founder of local skate group Roll Around Seatown.

Those adult nights, known for R&B DJs and skilled attendees, have been a part of Mason’s life since she was a pre-teen growing up in Seattle; now, she hosts Seatown Sunday skates at White Center’s Southgate Roller Rink, the only one left within city limits.

For her, the sport has always been deeply intertwined with fashion. She recalls, at Bellevue Skate King’s 1980s adult nights, seeing a gray-haired woman named Gertrude skating in flamboyant neon outfits. “She always looked like she was either coming from a parade or going to a parade,” Mason says. The outfits “reflected the way she skated and the fun she was having. And that always caught my attention.”

When Mason skates, whether it’s at the rink or at Judkins Park, where Roll Around Seatown has built Seattle’s first consistent outdoor skating community via super-popular, weather-dependent social skates, she’s in flowy, bell-sleeve getups that shimmer and move with her (often in Gertrude-inspired brights). “I honestly feel like I skate better when I dress up,” Mason says—she’s even learning to sew, so she can make her dream skate looks come to life. “To me, they go hand in hand.”

She’s not the only one at Judkins for whom skating has inspired fashion design. Nicole Spiegel, whose personal skating renaissance came at the Burning Man roller rink in 2018, uses her experience crafting clothing for hula-hooping and fire-spinning to create outfits that make her feel both fashionable and comfy on wheels. Namely, hand-bleached sweatpants and natural-fiber bodysuits covered in custom slits from her own fashion line, Torn in Seattle. “If I can’t do the splits in my clothes, I don’t know if I can wear it,” she says.

The idea of expressing yourself through skate fashion is one that resonates with a lot of the regulars at Judkins. Sierra Wagner, who runs another group called Seattle Skates, goes for crop tops, snake-print skates, and cinched-waist pants that won’t fall down when she drops it low (which she does, for effect). Celina Macadangdang keeps a skate outfit in her car at all times; today, it’s a wide-leg Adidas tracksuit. Tyler Richards wears Adidas, too: a white, limited-edition jumpsuit with a bright, orange-and-yellow sun embroidered on the back and “Love Unites” on the thigh. He says “it’s fun to show up with as much color” as the graffiti art–covered walls surrounding the concrete rink where, for the past two years, so much of Seattle’s skating magic has happened.

But don’t mistake the bright colors and coordinated outfits for a mere fashion statement. “It’s an extremely safe space for all different kinds of people,” says Dalila Gittens, including BIPOC and LGBTQ skaters. Sepúlveda concurs: “Not only are people just open about who they are, they’re open about expressing that to everybody else.”

Fashion, of course, isn’t always central—this is Seattle, after all. Plenty of people dress exclusively for comfort. And it’s certainly not a prerequisite to becoming deeply involved. “This is not a clique, this is a community,” Mason says. “You have a positive attitude, and you want to be here, this is your home.” 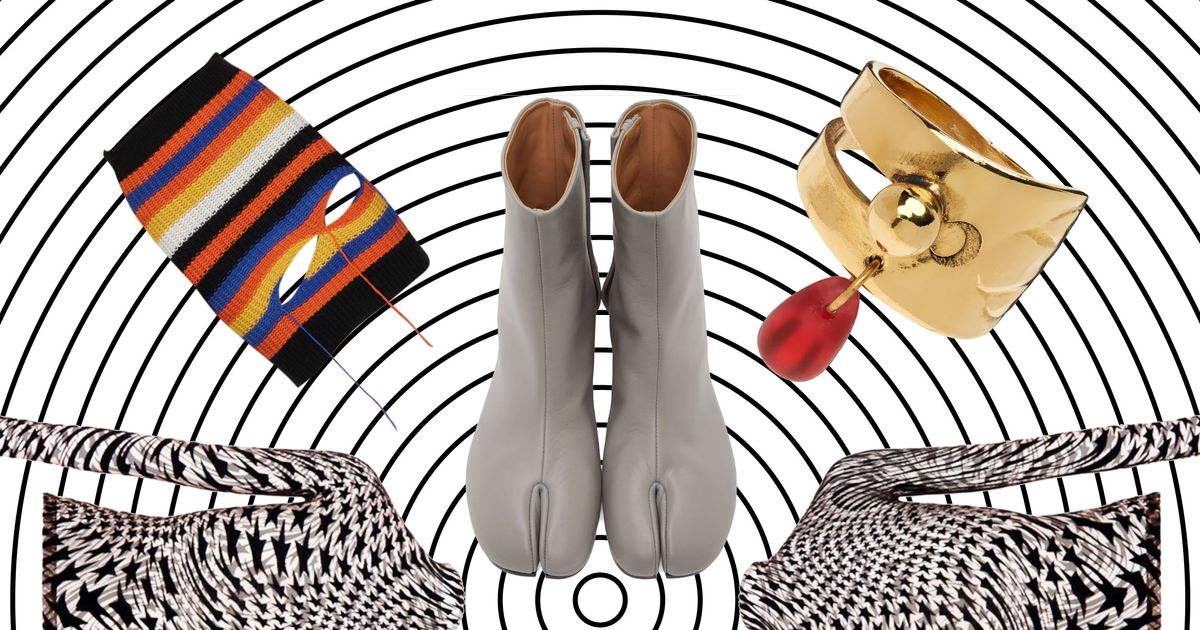 6 Ssense Sale Shopping Tips and What to Buy