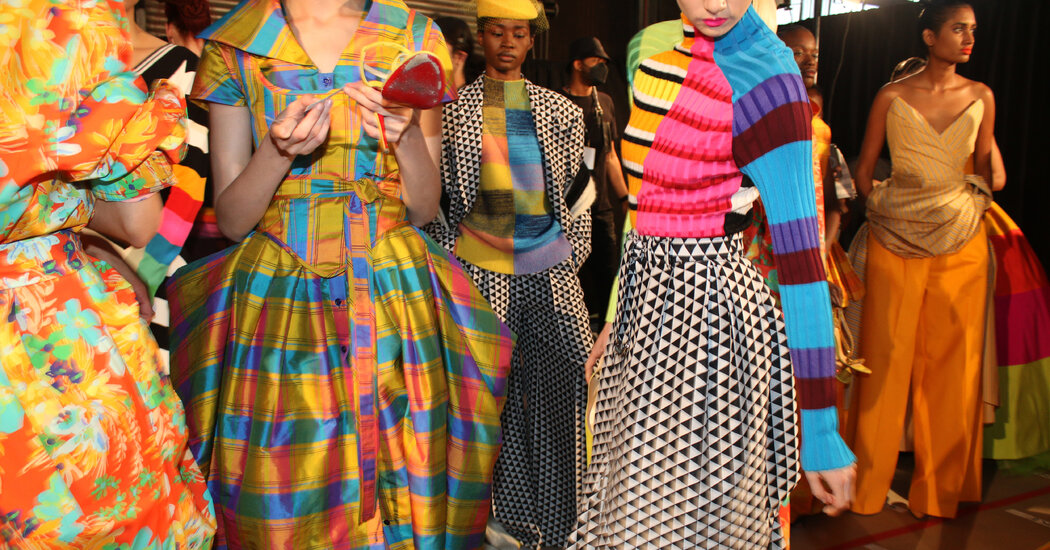 In March 2020, Christopher John Rogers was having, as they say, a moment.

The then-26-year-old graduate of the Savannah College of Art and Design, known for his riotous colors and throwaway ballroom silhouettes, had just won the Vogue/CFDA Fashion Fund award for young designers, and was widely acclaimed as the future of New York Fashion Week. Then the pandemic arrived and shut everything down, including the stores whose orders supported emerging brands. Mr. Rogers was forced to pause and regroup.

When, come September 2021, fashion screeched “the shows must go on!” he begged to differ, releasing collections digitally on his own schedule, named by number instead of season. Not that it seemed to hurt his business: Vice President Kamala Harris wore a Rogers dress and coat to be sworn into office; the Met put a giant Rogers ball gown front and center at its September exhibition, “In America: A Lexicon of Fashion”; and two months later he won the CFDA women’s wear designer of the year award.

This year, in February, Meghan Markle wore an asymmetric Rogers dress at the N.A.A.C.P. awards, and in May, Sarah Jessica Parker wore a custom-designed Rogers gown to the Met Gala. He had, it seemed, moved beyond the runway.

But then, on Tuesday night, two years after his last live show, in a cavernous warehouse in the Brooklyn Navy Yard, he returned. Collection 10 was a statement, in more ways than one.

“I wanted to say that everything can exist together,” Mr. Rogers said backstage. “That everything makes sense if you will it to. I’m so tired of the idea of this against this.”

Given the tenor of the times, it was not a throwaway line. “I like the idea of multiplicity,” he added.

Before an audience speckled with guests in the bright plumage of past Rogers collections and jammed with his peers, including the designers Prabal Gurung, Batsheva Hay, Jonathan Cohen, Fernando Garcia of Oscar de la Renta and Mike Eckhaus of Eckhaus Latta come to cheer him on (and maybe put paid to the idea fashion isn’t a supportive industry), he unveiled exactly that.

From the purple overcoat that opened the show, a nod to Ms. Harris’s inaugural number now rendered oversize, tightly belted at the waist with shoulders sloping away from the body like off ramps, every color of the rainbow was there: a kaleidoscope of blue, fuchsia, sunshine yellow and chartreuse.

So were his trademark couture shapes — tight corsetry atop exuberant skirts — cut with a dash of sportswear and a splash of wit and mixed up with big, blowsy suiting in streetwear-meets-C-Suite proportions. An amethyst taffeta tunic was topped by an aquamarine band at the chest and cut through by wet-suit zips. A ribbed sapphire knit was left backless, the sides tied together by a salmon bow at the back and left to trail behind like a train.

Though some of the corsetry and ruffles and swagging of skirts was over-egged and tricksy, too many ideas fighting for expression at the same time (he’s pushing himself out of his comfort zone and it doesn’t always work), Mr. Rogers’s handling of prints normally labeled “clashing” was a lesson in unexpected harmony. See the black and white geometric trench over a Pop Art-striped cardigan over slouchy floral pants, say, or a lollipop-striped jeweled halter top with a watercolor-splashed skirt.

Old rules would have dictated they couldn’t go together. Fah with old rules. They looked like a party of the most fun and elegant kind.

And they made a point that lingered even after the applause and air kisses, as a visibly emotional Mr. Rogers wiped away tears. It was, after all, not just about the clothes. 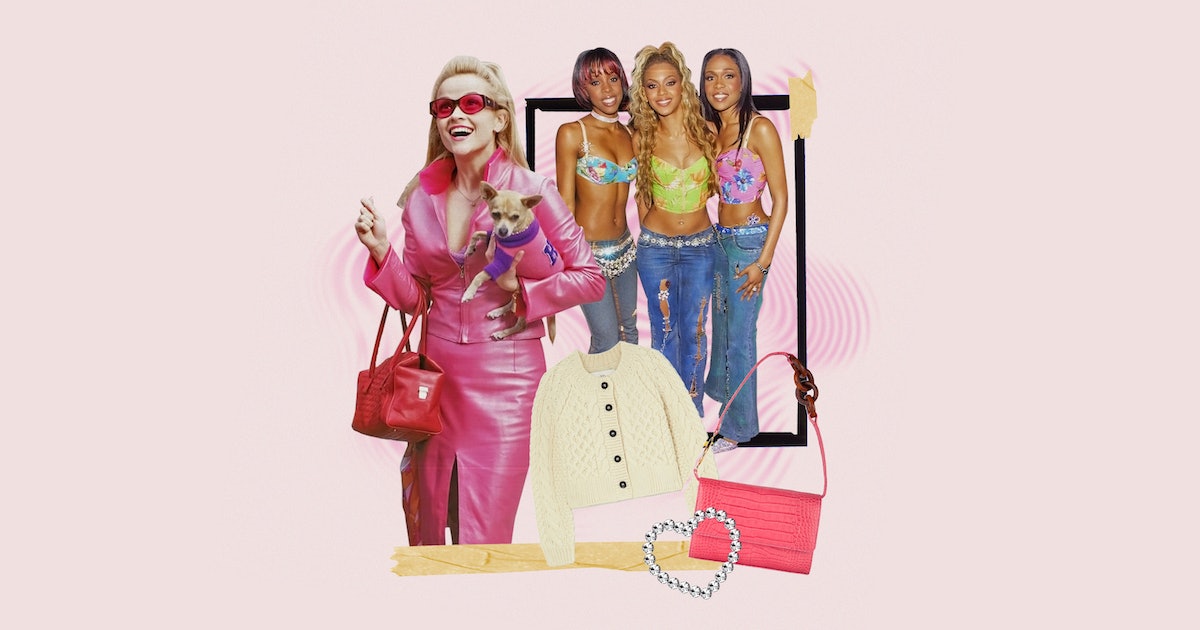 6 Fashion Trends From 2002 Making A Comeback